Autel DS808 VS MS906 [Read this Before Making a Final Decision]

Do you want a professional scan tool or a mid-range scanner? Both the Autel DS808 automotive scan tool and the MS906 scan tool are high-quality scanners. But which one is ideal for your job?
In this Autel DS808 VS MS906 review, we will be able to differentiate between these two amazing OBD2 scan tools.

The Autel Maxisys MS906 automotive diagnostic scanner has the same functions as the Autel DS808. The only difference is in the hardware. The MS906 comes with a larger touchscreen of 8.0-inches and has a powerful built-in battery. Additionally, it has a built-in 8MP camera which the DS808 lacks.

In terms of performance, this scan tool is a bit faster and more powerful. It also covers more than 80 US, Asian, and European vehicles. Apart from that, it offers one-year of free online updates and a one-year warranty. 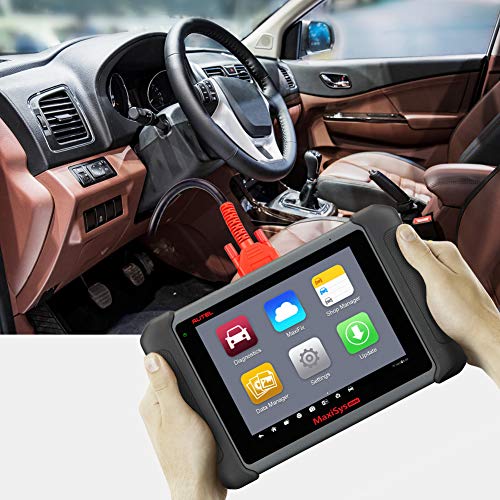 The Autel Maxidas DS808 is a comprehensive diagnostic scanner. It is an upgrade of the Autel DS708 and functions the same as the Autel MS906 scan tool. The device covers over 80 US, European, and Asian vehicle makes and models. Additionally, it is equipped with Android 4.4.4 and a fast quad-core processor. This makes diagnosis and analysis of results to be efficient and quick.

Besides, it has a 7-inch LCD touchscreen display with a resolution of 1024 by 600. It can as well perform basic functions, advanced functions, and special functions. With such features and one-year of free online updates, this is a nice gadget to have in your garage. 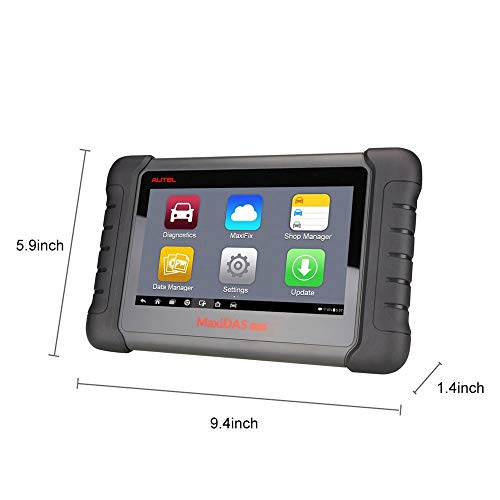 Differences between the Autel DS808 vs MS906 Scanner

Last but not least, the MS906 is more costly than the DS808 scan tool. This is because of the larger size and more advanced hardware that it comes with.

Choosing the best scan tool for your needs is not easy. This is because there are many scan tools on the market with the same functions and features. In this case, the Autel MS906 and DS808 may appear to be similar, but they as well vary a lot. If you’re looking for a quality mid-range diagnostic code reader, then we advise you to try out the DS808 scan tool. But if you’re a professional mechanic or a big Auto repair shop, then you should go for the more powerful and faster MS906 scan tool. This tool is more expensive but has more functions and performs better than the DS808 code reader.

Question: What is the key difference between the Autel DS808 VS MS906 scan tools?
Answer: This is a good question. Many people ask what the difference is between the Autel DS808 VSMS906 scanners. Since they have similar functions, people tend to wonder why one is cheaper, and the other is costly. These two scanners may have the same function in the software, but they differ in hardware configuration. The MS906 scan tool is more advanced than the DS808 scan tool. The DS808 features a small battery and LCD screen, while the MS906 has a larger battery and screen size. The MS906 code reader is also more powerful and faster than the DS808 scan tool.

Still, have a question after reading this Autel maxidas ds808 vs Autel maxisys ms906? Comment below.

What is OBDII Port? Locate the OBD2 Port