If you’re confused between the Autel MS906 and Autel MS908 scan tools, just know that you’re not alone. Before I selected my current high-end scan tool, I also went through the same challenge. Autel offers some outstanding high-end scanners that make choosing to be quite tricky.
But after you compare these two scanners, you will be able to choose the one that suits your needs and budget well. Read this Autel MS906 VS MS908 review to decide on what’s best for you.

Main Features of the Autel MS908 and MS906 Automotive Scanner

The Autel Maxisys MS906 code reader is an advanced version of the Autel Maxidas DS708 and DS808 car OBD2 scan tools. But unlike these two scanners, it has bi-directional control, ABS bleeding brake, key fob programming, and ECU coding. On top of that, this gadget comes with an ergonomic design for easy handling and use. The 8-inch multi-task display makes using this device to be easy and fast.

Related: Autel DS808 VS MS906 [Read this Before Making a Final Decision]

With the built-in 8-MP rear camera, you can take photos and share them with the community or other technicians for help and tips. Moreover, the gadget covers a wide range of vehicles made in the US, Europe, and Asia, from 1996 and newer. You can connect it with Wi-Fi to update the software for free for a period of one year. 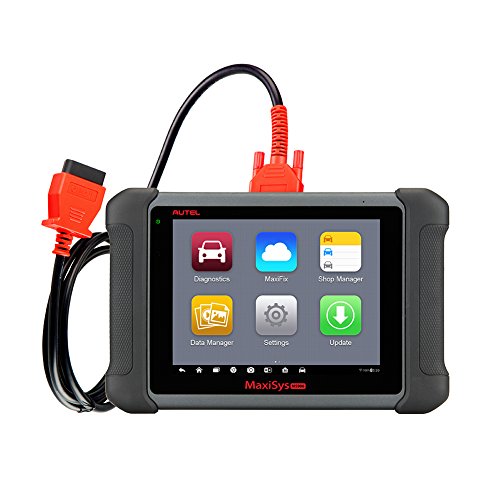 If you’re looking for a scan tool with advanced coding and super fast speed, then the Autel MS908 code reader is for you. Performing most functions of the MS906 and many more, the MS908 scan tool is the best tool for busy technicians and auto repair shops. It features the open-source Android operating system for multitasking and fast boot-up time. You can connect the device via Bluetooth or VCI. It has an extra-large 9.7-inch screen for easy reading of results.

Whether you want to perform the basic functions, special functions, or advanced functions, this diagnostic scanner will ensure that you do so and very swiftly. With its built-in rechargeable lithium-ion battery, you will get up to 8 hours of continuous use before having to recharge the code reader. Besides, it also has instant updates and comes with a 12-month warranty. 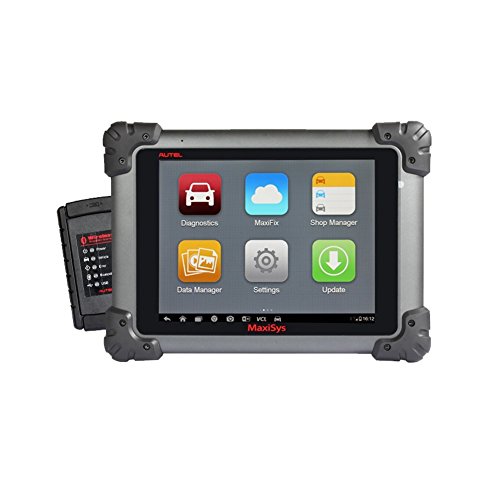 Final Decision: Differences Between the Autel MS906 VS MS908

As you have seen above, the Autel MS906 and the MS908 diagnostic scanners have a lot of similarities. Actually, the MS908 is an improved version of the MS906. As a result, it comes with more advanced features than the MS906, and that’s why it is more expensive. In addition, the MS908 scan tool has a larger screen which is 9.7-inches compared to 8-inches that the MS906 comes with. Also, the MS908 scanner features a battery that runs for longer hours (8 hours) than the MS906 battery with 6 hours of continuous runtime.

Summary
In order to decide which scan tool is great, you will have to make up your mind on what you intend to use the scanner for. These two scanners perform exceptionally and use Android as their operating system. But one scanner is quite costly than the other due to its extra fast speed and some additional features and functions.

Question: Which one is more affordable between the MS906 and MS908 scan tools?
Answer: Due to the extra size and features that it comes with, the Autel MaxiSys MS908 scan tool is more costly than the Autel MaxiSys MS906 scanner. But these two have many similar features and functions that they tend to confuse many people. If you own a busy auto repair shop, the MS908 is good for you, while the MS906 scanner is great for professional mechanics.